One of the ways to lessen the negative impact that human urine has on the environment, is to use our urine in fertilizer. All of the phosphorus and nitrogen present in human urine has the potential to cause serious eutrophication; however, that same abundance of nutrients can also be used for fertilizing our crops and gardens.
Benefits of Urine-Based Fertilizer

Human Urine is free, easy to transport, easy to obtain and safe to use on food made for human consumption (Grunbaum, 2010). The usage of urine in our agricultural products would lessen the impacts of industrial fertilizers on the environment (Grunbaum, 2010). Industrial fertilizer is also costly to produce, so urine-based fertilizer could help cut those costs (Veganic Agriculture Network, 2012). Normally, nitrogen and phosphorus obtained from mines or other sources have to be excavated and shipped. This work usually has a substantial energy cost when you factor in excavation, transport and processing (Grunbaum, 2010).

Human urine-based fertilizer can also increase the rate of crop growth and increase crop sanitation when used properly (Grunbaum, 2010). While some people may possess sanitation concerns about using urine on plants made for human consumption, urine is actually near-sterile once it has exited the body and requires very little effort to make it completely safe (Veganic Agriculture Network, 2012). This increase in growth is because the nitrogen and phosphorus found in urine has been stripped and simplified during the digestion process, unlike industrial fertilizers. This makes it easier for plants to use (Veganic Agriculture Network, Jan 2012).

With applications like gardens and vegetable farms, where urine would be applied directly to food that people would consume without any processing, increased sterilization methods may be necessary (Larsson, 2014). As stated above, urine is practically sterile but accidental contamination with human feces is a potential problem (Larsson, 2014). This can be avoided in a few ways. One way to make sure that the human urine is absolutely sterile is to store it (Veganic Agriculture Network, 2012). The time needed for storage is not overly long and amounts to about a month to make sure any contaminants are a non-factor in the substance (Veganic Agriculture Network, 2012). The containers should be sealed to aid the sterilization and minimize any smell. The time in storage not only helps with possible contaminants but also lowers the salinity of the urine which helps in plant growth (Dr. Srinivasamurthy).

Soil scientist Sasha Kramer has developed a composting toilet for use in developing countries that separates urine and fecal matter and then covers the waste with material that masks the scent of the waste (Larsson, 2014). The urine can later be extracted fairly easily and can be used as a cheap sustainable and effective fertilizer (Larsson, 2014). Splitting toilets of a more traditional fashion also exist but they are expensive to install (Larsson, 2014). This would require some infrastructure changes. Sewage systems would need to be modified in order to keep the liquid waste from mixing with solid waste (Larsson, 2014).


How Urine-Based Fertilizers Should be Applied

These techniques can help prevent eutrophication worldwide all while creating a sustainable fertilizer for use in private and corporate applications (Dr. Srinivasamurthy). It can help the developed world make less of a negative impact on the environment, and help developing countries grow food sustainably and keep their crops sanitary (Dr. Srinivasamurthy). 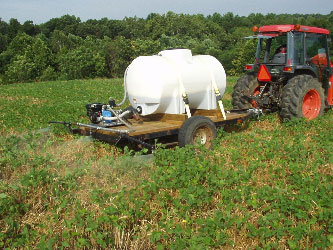 Urine can also be used to make batteries; this is done by soaking a piece of paper in a solution of copper chloride, and placing it between strips of magnesium and copper (Roach, 2005). When urine is added, a chemical reaction takes place that produces electricity (Roach, 2005). The battery produces 1.5 volts, the same as an AA battery, and can run for 90 minutes (Roach, 2005). Urine contains many ions—electrically charged atoms—which allows this kind of reaction to take place (Roach, 2005). This technology could be applied to laptops, cellphones, televisions and more. (Roach, 2005). 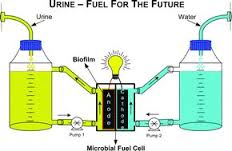 Biostone is produced using a mould and a mixture of sand, bacteria, and urine (Robarts, 2014). It can be produced in place of concrete for a more environmentally friendly building block, and the process creates no greenhouse gasses. A designer named Peter Trimble invented Dupe, a portable machine that creates biostone and can be used to manufacture things. The only thing that Dupe is set up to make right now is a stool (see Figure 8) but the method can be adapted to make a variety of different things. (Robarts, 2014).
Another invention, “Better Bricks” was created by Ginger Krieg Dosier and is another example of how urine can be used to make biological building material (Yoneda, 2010). The bio bricks use the same kind of idea that Dupe used by mixing sand, bacteria, calcium chloride and urea. (Yoneda, 2010). If Better Bricks were used in place of concrete bricks, we could not only reduce pollution from concrete manufacturing, but also reduce the pollution from our urine. 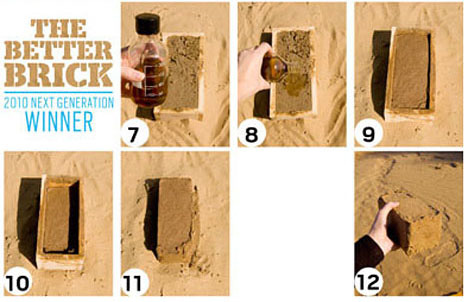